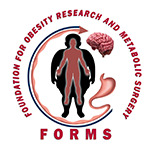 Obesity is a chronic disease in which excess body fat has accumulated to an extent that it may have a negative effect on health.

People are generally considered obese when their body mass index (BMI), a measurement obtained by dividing a person’s weight by the square of the person’s height, is over 30 kg / m 2 ,

If your BMI is:

Obesity usually results from a combination of causes and contributing factors, including:

Your genes may affect the amount of body fat you store, and where that fat is distributed. Genetics may also play a role in how efficiently your body converts food into energy and how your body burns calories during exercise.

Obesity tends to run in families. If one or both of your parents are obese, your risk of being obese is increased. That’s not just because of genetics. Family members tend to share similar eating and activity habits.

If you’re not very active, you don’t burn as many calories. With a sedentary lifestyle, you can easily take in more calories every day than you burn through exercise and routine daily activities. Having ​medical problems, such as arthritis, can lead to decreased activity, which contributes to weight gain.

A diet that’s high in calories, lacking in fruits and vegetables, full of fast food, and laden with high-calorie beverages and oversized portions contributes to weight gain.

In some people, obesity can be traced to a medical cause, such as Prader-Willi syndrome, Cushing’s syndrome and other conditions. Medical problems, such as arthritis, also can lead to decreased activity, which may result in weight gain.

Some medications can lead to weight gain if you don’t compensate through diet or activity. These medications include some

Social and economic factors are linked to obesity. Avoiding obesity is difficult if you don’t have safe areas to exercise. Similarly, you may not have been taught healthy ways of cooking, or you may not have money to buy healthier foods. In addition, the people you spend time with may influence your weight you’re more likely to become obese if you have obese friends or relatives.

Obesity can occur at any age, even in young children. But as you age, hormonal changes and a less active lifestyle increase your risk of obesity. If you don’t consciously control what you eat and become more physically active as you age, you’ll likely gain weight.

Heartburn is a painful burning sensation in the esophagus, just below the breastbone. The pain often rises in your chest and may radiate to your neck or throat.

Heart disease is any disorder that affects the heart’s ability to function normally. The most common cause of heart disease is narrowing or blockage of the coronary arteries, which supply blood to the heart.

Lipid disorders are when you have excess fatty substances in your blood. These substances include cholesterol and triglycerides. Having a lipid disorder makes you more likely to develop arteriosclerosis and heart disease.

Osteoarthritis is a chronic disease causing deterioration of the joint cartilage (the softer parts of bones which cushion their connections to each other) and the formation of new bone (bone spurs) at the margins of the joints.

Depression may be described as feeling sad, blue, unhappy, miserable, or down in the dumps. Most of us feel this way at one time or another for short periods. True clinical depression is a mood disorder in which feelings of sadness, loss, anger, or frustration interfere with everyday life for anSleep Apnea

A stroke occurs when a blood vessel (artery) that supplies blood to the brain bursts or is blocked by a blood clot. Within minutes, the nerve cells in that area of the brain are damaged, and they may die within a few hours. As a result, the part of the body controlled by the damaged section of the brain cannot function properly.

Obesity can cause day-to-day health problems such as